A country of 115 million people

The population of Ethiopia is rapidly growing.  I was estimated at 25 million in 1975.  At the current time, it is estimated to be 115 million. It is projected to grow by some estimates to reach 137 million by 2030.

What do we know about the languages?  There are sources that estimate that there are 84 languages.  Some have their own alphabet and the majority don’t.  Oromgna is spoken by the largest population.  Amharic is spoken by the second largest population.  At the current time, Amharic is the language of instruction in the country.  Some of the languages are reviving and some are not.  The absence of alphabets and thus literature, movement of the indigenous speakers form area to area in the country, influence of languages by the predominant languages are some of the reasons why languages don’t thrive.  I am not a linguist and there are many scholars who can provide better analysis. Here is a pictorial view of the current known Ethiopian languages in wordclowd. 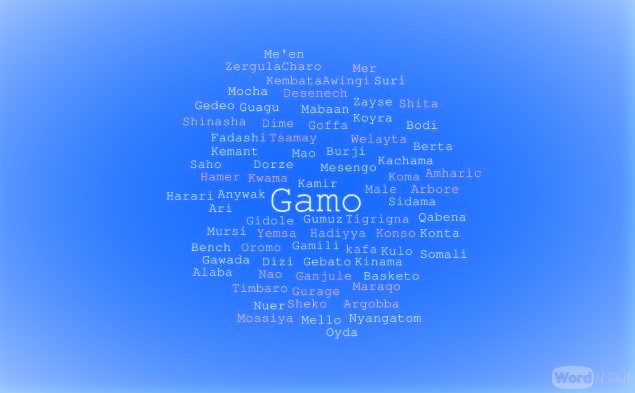